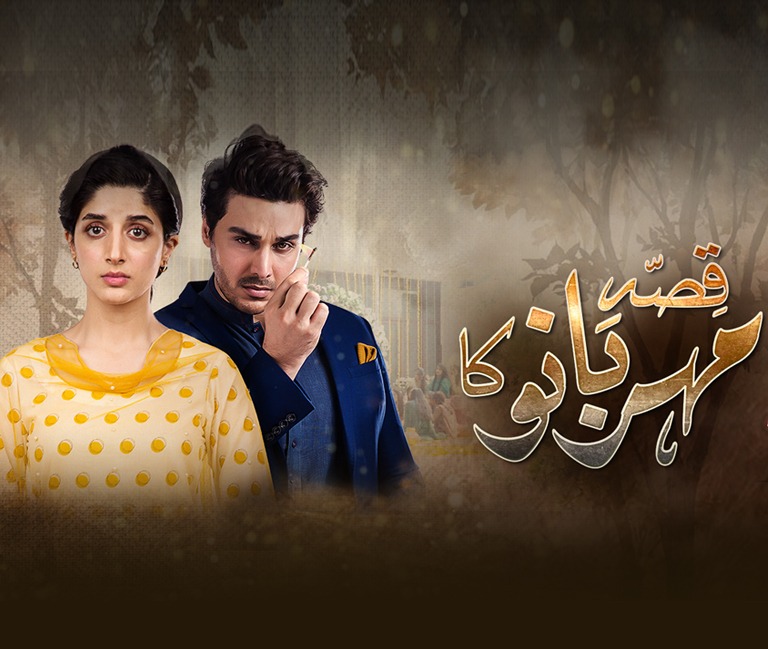 Many people watched the first episode and so did we. From the packaging, it’s all gloss, but did it meet our expectations? Let’s Analyze

To begin with, director Iqbal Hussain right away introduces the leading lady Meherbano (Mawra Hocane). She is sweet, honest and sincere. She is the beloved daughter of Abba Miyan (Muhammad Ahmad) a retired professor. Her niece Noor (Areej Mohyudin) is young, bubbly, blunt and loud. They live together in their ancestor’s house and are facing financial issues.

The plot further unfolds and Mehran (Zaviyar Naumaan) enters the frame. A young man, a caring neighbor and a distant relative of Meharbano is interested in her. Hold on, her mother played by Ghazala Kaifi is totally against this relationship. As the story progresses, we get to know about Meherbano’s past that she was married ten years ago. Her marriage has something to do with her brother. It does evoke the viewers to know more about her past.

The initial few minutes set up the tempo and establish the characters. But things really don’t take off. The problem lies with the ordinary directions. The narrative is all over the place and seems to be a set of disorderly sequences. It doesn’t offer any ‘wow’ or not to be missed’ moments. There were a couple of things that came across as strange. In the scene where Abba Miyan is chasing Noor is dragged unnecessarily. Each time, Mehran abruptly enters Meharbano’s house at any given point of time. Why? Also, viewers don’t connect with the back story shown in flashbacks.

Mawra Hocane comes up with a commendable performance. She is natural and effortless and carries out her part with conviction. Debutant, Zaviyaar does well, he is at ease with his character and faces the camera with confidence. He emotes through his expressive eyes. We are excited to see his track in the upcoming episodes. Areej Mohyudin comes across as very loud. Also, I fail to understand the logic behind her 24/7 makeup look. Despite having no money to buy new clothes we can see her in many different apparels already. The father of the nation Muhammad Ahmad thankfully is a bit different here, unlike the extra caring father he usually plays. I wonder why do the casting directors don’t find any other actor to play a father? Ghazala Kaifi is okay in a negative role.

To sum it up

The USP of ‘Qissa Meherbano Ka’ are the performance and the gripping story. As for the first episode; it’s a decent start. Not to forget, the big man Ahsan Khan is yet to make an appearance. We hope that the upcoming episodes will offer enough substance to keep the viewers hooked.