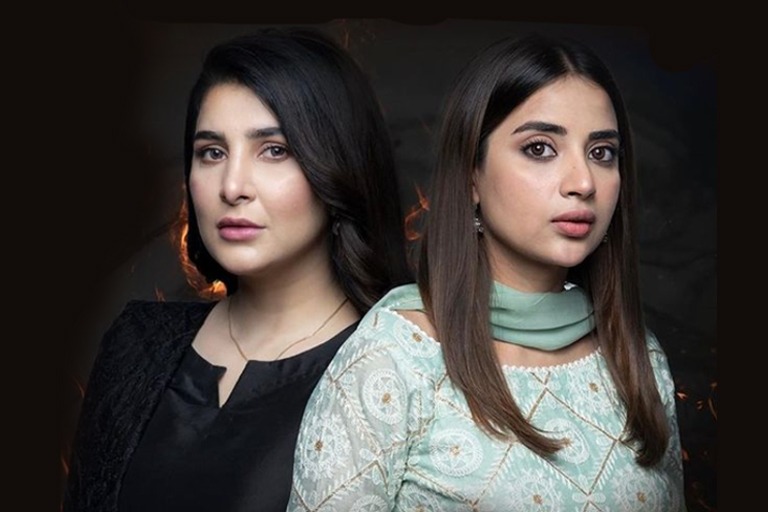 Pakistani dramas are well known for being realistic and less melodramatic. In the recent past, we have witnessed a plethora of social issues that have been well received by viewers. This, of course, is a welcoming change. And behind this change is an army of great scriptwriters, directors, and production houses who are pushing limits and giving us some unique stories.

After a long time, we got to watch a drama that broke silence on the sensitive topic of Dowry. ‘Nehar’ dares to explore the age-old ‘tradition’ of the evil dowry system. Choosing a bold theme, getting a superb cast and extracting a stellar set of performances, that’s the motto of HUM TV.

Anmol, (Saboor Aly), and Komal (Areeba Habib) are sisters living happy life until they get married. Komal being the eldest gets married to Mazhar (Shafaat Ali) a con man who has a track record of blackmailing her previous spouses to grab loads of dowry and eventually killing them. Anmol has feelings for his cousin Adeel (Usama Tahir). But things take a horrible turn when her father played by Farhan Ali Agha fixes her marriage with his cousin Arsalan (Umer Alam) without her consent. Despite giving humongous dowry to both Komal and Anmol, their married life remains a huge disaster.

Nehar proves that a good storyline is enough to leave an imprint on the viewers rather than going overboard just to get TRPs. This drama highlights how girls especially from middle-class families are subjected to this unethical custom of paying dowry. It depicts the illustration of the financial toll on families. What exactly is the never-ending list of demands and their consequences even after the marriage? ‘Nehar’ also emphasizes the fact that daughters aren’t a “burden” to the families.

The culture of greed is depicted as deep and entrenched. Writer Soofia Khurram emphasizes on situations; how a culture of greediness becomes embedded in our society, where the adult figures of the family misuse their positions to fetch loads of dowry. Director Ali Hassan excels in fleshing out the real and raw nuances of the characters.

In a role that doesn’t demand to be glamorous, Areeba Habib effortlessly manages to hold the viewers’ attention throughout. Her eyes speak, she looks terrified and formidable in combat. Saboor Aly shines and excels as Anmol. She is in top form and delivers something more complex than any word I might use to describe it. Umer Alam leaves a huge mark with his act. Usama Tahir is first rate. Shafaat Ali needs to take acting lessons.

Getting an emotional response from audiences is no easy task. Right from the outset, ‘Nehar’ keeps the audience hooked with every episode, beautifully narrating the realistic subject as the icing on the cake.