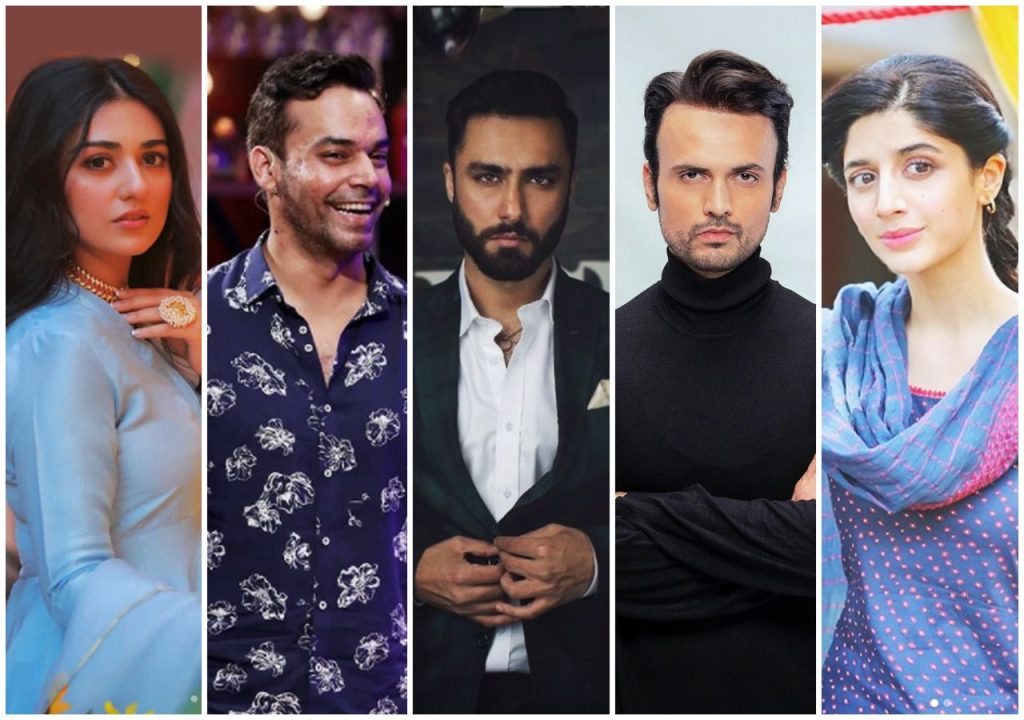 Here’s a round-up of the actors who gave us standout performances that made us say WOW! Check on Best Pakistani Actors Read on…

A gifted actor, who is getting roles that do complete justice to his talent. We must say Usman has evolved tremendously as an actor of late and deserves to be in Best Pakistani Actors. Projects like Ana, Sabaat and now Hum Kahan Ke Sachay Thay only cements his status as a fine talent. He plays Aswad with accuracy to give the narrative the required pace and consistency. Instead of putting his usual mannerism into his characters, Mukhtar adds new shades and refreshing dimensions to stand out. He is confident, sincere and goes all out to deliver a smooth, nuanced and believable performance. Also, his chemistry with both Mahira Khan and Kubra Khan is crackling.

Mawra Hocane has opened up a pathway for herself as she breathtakingly gets under the skin of Meherbano. She powers the wonderfully-written script with a poignant performance as the doting daughter, a loving aunt and a faithful wife. The actress has sunk her teeth deep into the character that is why she deserves to be in Best Pakistani Actors. The pain and vulnerability are evident on her face, you can feel all of that even when she has no dialogues. Those eyes are enough. Never has been an actress been so effective in tapping such dimension on screen. Mawra is extremely convincing with the gamut of emotions she expresses in Qissa Meherbano Ka.

After portraying heavy intense roles in the past, it’s good to see Sarah playing the sugar and sweet ‘Aam Larki’ again. Khan plays Falak with ease and silently captures every frame. In the sequences where she confronts Daniyal or even the romantic sequences with him, she simply shines on.  What we most like about her is that she never shies away from indulging into her characters. She excels and shows what a versatile actor she is.

Ahmed Ali Akbar has time and again proved himself as an actor, but as Parizaad his performance comes across as more controlled and effective. He has dared to illustrate a character that many mainstream actors would think twice before implementing. It’s amazing to see how actors today don’t shy away from portraying more real content; characters that require more than just a dazzle of glamour.  He has surfaced as a mature actor than he was before, letting himself free of his inhibitions and justifying a multi layered role.

A consistently inspired performance from a solid ensemble cast is the fuel that powers Lapatta. But the towering performance comes from Gohar Rasheed. To depict an intriguing and complex character like Daniyal is not everyone’s cup of tea and we doubt if any actor could’ve portrayed the part as brilliantly as Gohar. Here’s an actor who’s truly versatile, courageous and flexible and his choice of projects proves it. Very infrequently does one see an actor get so deeply absorbed in a role the way he does.

Which actor’s performance left you speechless? Let us know in the comment box