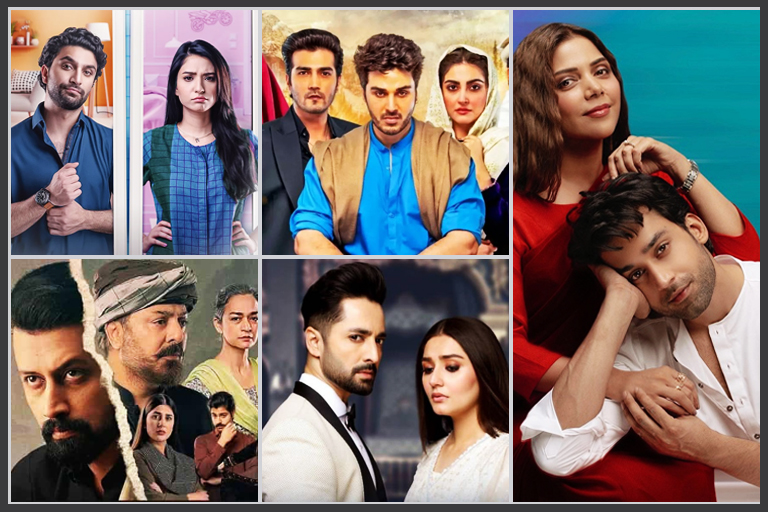 2022 was a brilliant year for the drama industry of Pakistan. There were several shows which were fantastic, but what came across as noteworthy was the fact that good content was the key to raking in TRP’s and not just star power. We had Ahsan Khan giving his career-best performance in Mere Humnasheen and we had some delightful dramas like Sang-e-Mah and Dobara which, turned out to be sleeper hits of the year. As the year is about to end, we at Fashion Times Magazine pick the best Pakistani dramas of 2022.

Post the humongous success of Chupke Chupke, Danish Nawaz’s Hum Tum yet again proves why he is one of the most successful directors of present times. Arguably one of the best Ramadan plays ever made, Hum Tum is hilarious and at the same time well written. Ahad Raza Mir effortlessly aces his character and captures the nuances of Adam Sultan perfectly. However, it is Ramsha Khan who steals the show with her impeccable comic timing as Neha. She lights up the screen with her witty dialogues and terrific acting.

This drama is an emotional roller coaster, we rate this as one of the most heartwarming shows to air in 2022. It will make you, cry, seethe with rage and will evoke so many emotions in you. Ahsan Khan as the antagonist Darkahzai who is extremely possessive about her fiancé Khajista (Hiba Bukhari) goes out to all extents to shatter her dreams. This is, by a big margin, Ahsan’s best performance ever. However, if someone had to steal the show, it has to be Hiba. She is adorable and plays her role so naturally that you instantly connect with her. And of course, Syed Jibran as Amroz Khan lights up the screen with his performance.

Sang-e-Mah is one of the most unconventional romances of 2022. A very honest take on romance, the drama talks about how love transcends all jurisdictions. The show is deliciously intriguing and debutante Atif Aslam gives a career-defining performance as the flawless Hilmand Khan. Sang-e-Mah is the kind of drama one must see because it will change the way you look at love.

Dobara, by Danish Nawaz, highlighted the consequences of child marriages and broke stereotypes against widows and their decision to get married again. What works for Dobara is the fact that it isn’t over-the-top at all. It shows normal human beings who brave through their difficulties and obstacles in life and try to move on. Hadiqa Kiani delivers a natural and effortless performance. She makes this role her own right from the first scene. Bilal Abbas Khan too gets his comic timing right and excels in the emotional sequences fulfilling the dramatic cravings of the viewers.

This drama has got some of the most polarized reactions from the viewers. There is one set of people who detested the show while others simply loved it. Kesi Teri Khudgarzi has its flaws, but with such a strong script and good direction, these flaws disappear into oblivion. Danish and Dur-e-fishan Saleem are both brilliant. Ahmed Bhatti (director) shows again why he is such a good judge of human character and their various shades.