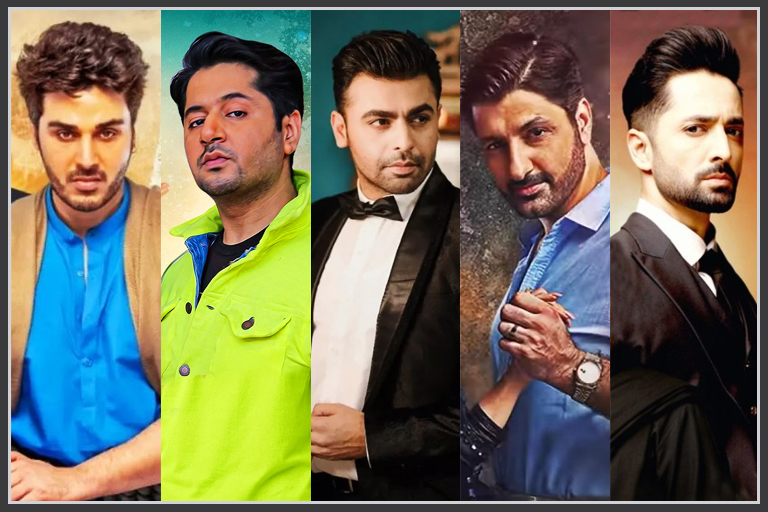 Range. Audacity. Versatility. Fashion Times Magazine brings to you the best 5 TV actors that stunned in 2022. Read on to find out who made the cut.

Twenty-four years into his career, Ahsan Khan never ceases to surprise us with his versatility and dedication. Undoubtedly, the best thing about Ali Faizan’s Mere Humnasheen was Darakhzai as the hot-headed man whose regressive mindset makes him insecure about Khajista’s (Hiba Bukhari) ambitions so he makes efforts to keep her under his control. Khan, as the selfish and arrogant fiancée nails every nuance of Darakhzai like a pro, proving yet again his pure unadulterated talent. Also, his outing Fraud was a smash hit making Ahsan Khan, the ‘Man of the Year’.

The mega success of Ranjha Ranjha Kardi (2018), made Imran Ashraf the next big thing in the industry. He doesn’t shy away from risks and this year’s most charming Ramadan play Chaudhry and Sons was one such example. His striking act as Billu Chaudhry the loveable guy who loves to rap and is a diehard fan of Emma Watson was one of the more accomplished performances of 2022. With Ashraf in sparkling form, becoming completely one with the super adorable character left viewers to roll in fits.

Whether it’s playing the sweetest Hamza in Qasim Ali Mureed’s Mere Humsafar, or the power-hungry feudal lord Pir Shahzaib in Rafay Rashidi’s Badshah Begum, if anyone came into his own this year it was Saeed. There’s undisputed talent here, volcanic potential, that HUM TV discovered with Saeed’s acting debut De Ijazat Jo Tu in 2014 and it’s only now bearing fruition. If we were to award marks based on range alone, Saeed wouldn’t take the cake, he’d take the entire bakery, that’s how awesome he was in his contrasting roles in 2022.

Danish Taimoor was ferocious and intense in Ahmed Bhatti’s gritty drama Kaisi Teri Khudgarzi and the results were there for everyone to see. Taimoor played a love-struck spoiled brat who simply cannot take no for an answer. He gets so much obsessed with Mehak (Dur-e-Fishan Saleem) that he goes to all lengths to chase her. Raw, unhinged and uninhibited Danish wowed both critically and commercially in a performance that will inevitably go down as one of his best. Without a doubt, it was an award-winning performance.

This guy is turning into a national phenomenon with each passing day. Syed Jibran is the newly emerged heartthrob of 2022. He is one of the few actors who goes deep-diving into any character. His performance in Darrar is beyond acting, you can feel the efforts he has put into presenting Shaheer Ahmed on-screen. He displayed all the emotions, without missing a single beat.