Fashion Times News Roundup: Here’s All That Happened Over The Week 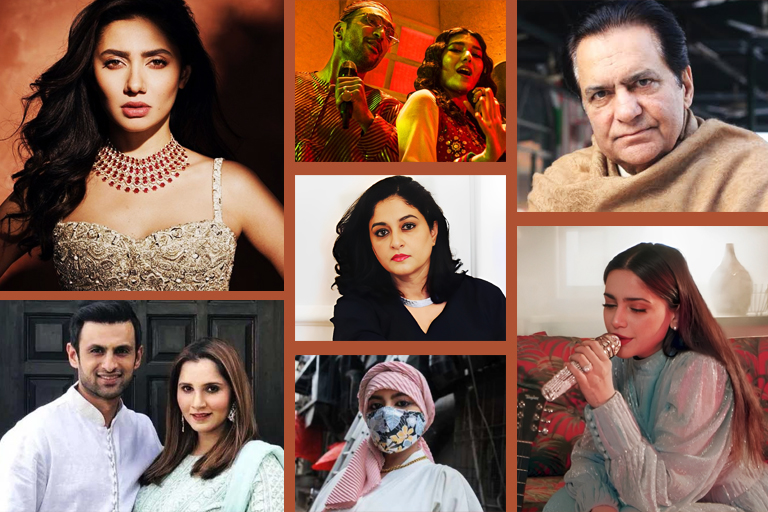 Actress Nadia Jamil shared her thoughts on the ongoing play Kaisi Teri Khudgarzi. For the unversed, the play glorifies obsession and normalizes harassment. The premises is about a rich and spoiled brat, Shamsher (Danish Taimoor) who falls in love with a middle-class girl Mehak (Dure Fishan). His family does not approve of their relationship and drama ensues. Jamil raised her concern about the toxic masculinity present in the abundance and how scriptwriters have “set the bar so low” for our onscreen “heroes.”

Toxic masculinity is nauseating. I am a culprit. I watch many dramas propagating it. Even in Habs and Fraud the men are so controlling and misogynistic. https://t.co/0xqRumy2Fk

One of Pakistan’s greatest actors Firdous Jamal has been diagnosed with cancer. His son Hamza Firdous shared a post on his social media handle and wrote: “My father is going through a cancer recovery treatment at Shaukat Khanum Hospital,” he wrote. “I know… it’s life! But nothing to worry because we (his family) and you all (his dearest friends, work colleagues, fans, admirers, well wishers) are here for him,” he added. 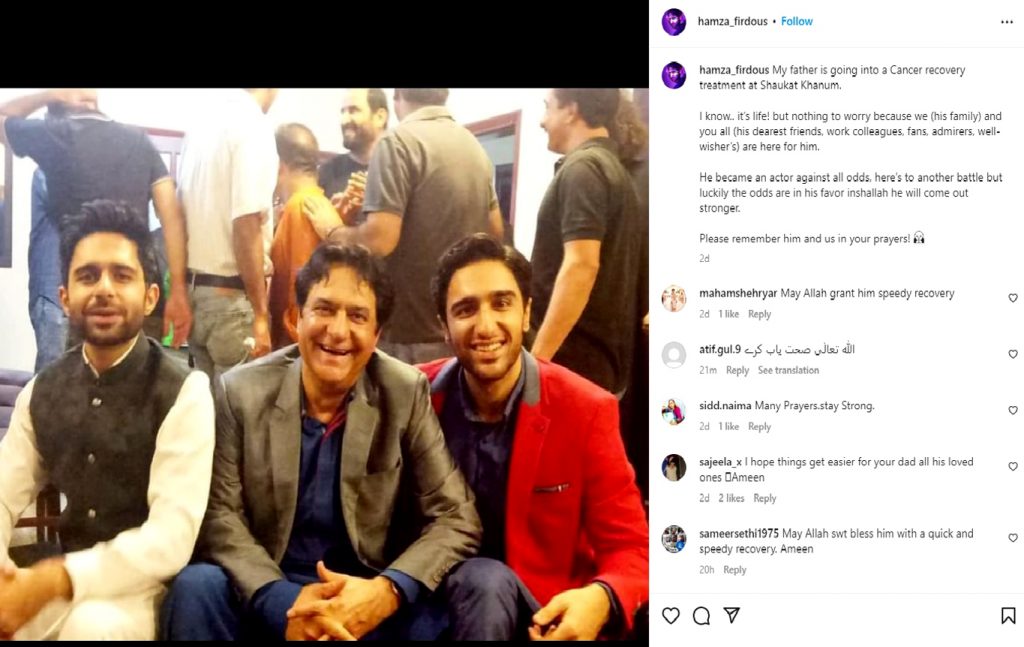 The Kana Yaari singer Eva B took to her Instagram handle to share the news with her fans. She shared a series of pictures and videos from the intimate ceremony. The Kana Yaari singer shared videos of her Henna, the engagement rings, and a cake that read, “Happy engagement, S (loves) M,” even though there were no official pictures of them together. 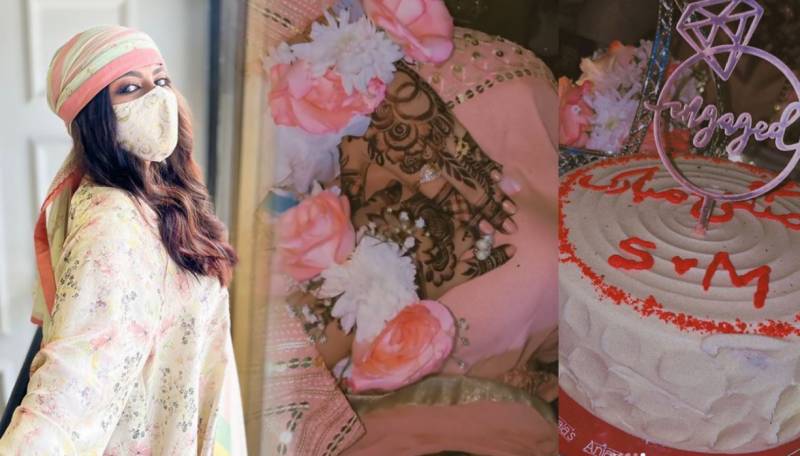 Pakistan’s sensational star Mahira Khan recently attended the Red Sea International Film Festival Jeddah, Saudi Arabia.  It was her first visit to the kingdom and her sartorial choices at the event made several heads turn. She wore a royal blue bodycon dress with the perfect ratio of matte versus glittery. Her second outfit was a Faraz Manan’s translucent gold creation. Speaking at the event, Khan told the press, “I am really happy that I could join such a fantastic event which helps bring together different cultures and spread awareness about them through films.” The festival had Bollywood actors in attendance with the likes of Kajol Devgn, Ranbir Kapoor, Mahira’s co-star Shah Rukh Khan, Akshay Kumar and Kareena Kapoor Khan among others. 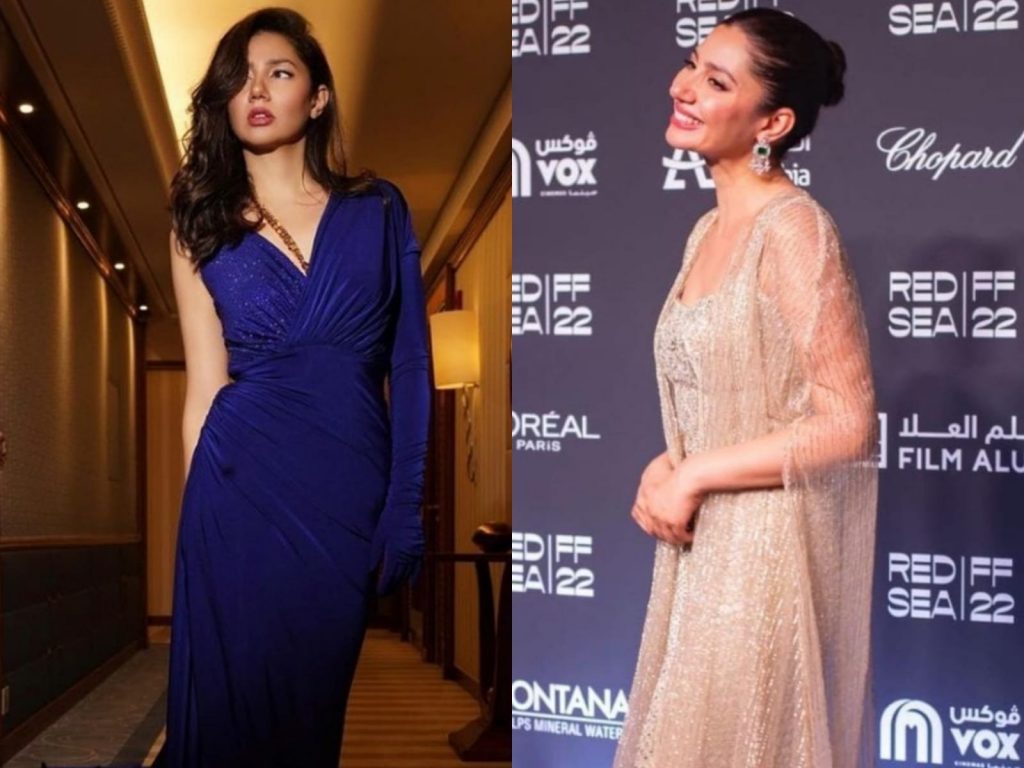 Pasoori Becomes The Most Hummed Googled Song Of 2022

Coke Studio Pasoori has hit another milestone, the song has topped Google’s list of songs most hummed to search in 2022. That meaning songs people have hummed the tune for to find. It also made it second on the songs most searched for on Google surpassing BTS’ ‘Butter’, ‘Chaand Baaliyan’ and ‘Heat Waves’.

The former captain of the Pakistani national team has finally responded to his divorce rumors. Amid the reports of Shoaib and Sania heading towards divorce after 12 years of their marriage, Shoaib broke his silence recently during an interview with Express Tribune. “It is our personal matter. Neither I nor my wife is answering this question. Leave it alone.” 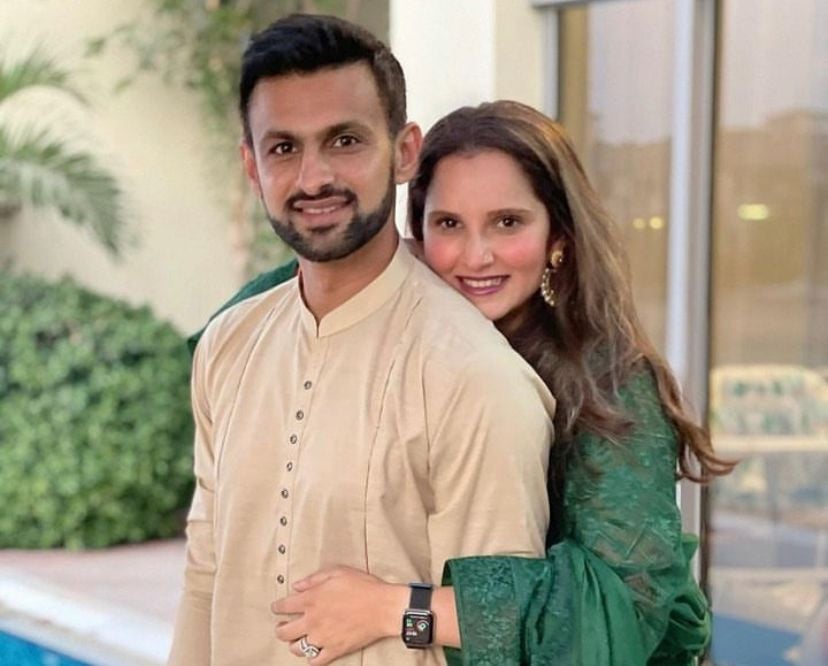