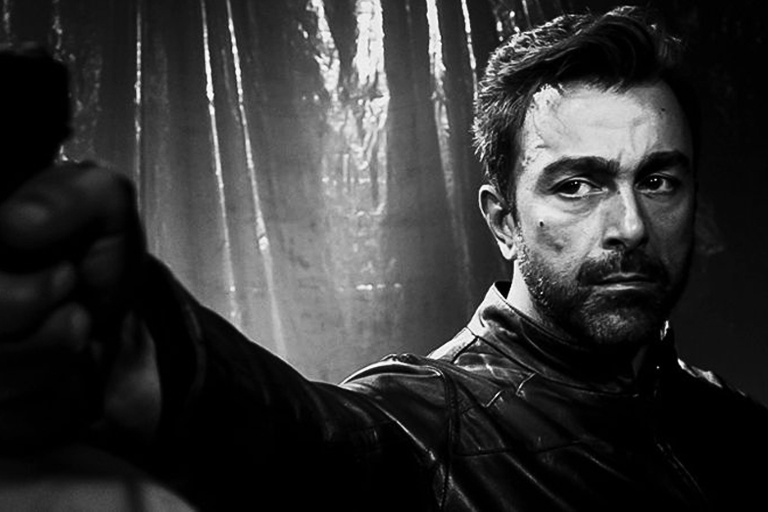 Did you know, Shaan Shahid’s ambitious project ZARRAR took six years to reach the celluloid? An ambitious script, ZARRAR is uber-cool, vastly stylized and has been filmed at panoramic locales across the globe. Also, it’s a well-packaged spy thriller.

The story of ZARRAR mirrors the prickly issue of cross-border terrorism, which has affected Pakistan for decades now. RAW, India’s National Security Advisor Ajit Dova and a network of operators hailing from UK and France are a big threat to demolish the sovereignty of Pakistan. That’s not all, they are backed up by a bunch of corrupt Pakistani politicians and Afghan warlords. Enter ZARRAR (Shaan Shahid), a secret service agent with an unconventional approach to end the threats to his motherland, manages to get decisive leads. A series of twists and turns take ZARRAR across the globe from Pakistan, Turkey and United Kingdom, and he discovers the ultimate conspiracy.

The film, whose strength is its gripping pace, ends high on emotions and patriotism. ZARRAR, without a doubt, is a very well-made film by Shaan Shahid. The film is very real and international, both, in its look as well as its content. The stunts are truly crackling. In fact, the action sequences are of the heart-in-the-mouth variety and if one may add, such stunts and chases have never ever been witnessed on the Pakistani screen before.

Director Shaan’s take on a spy thriller is very close to real, but, at the same time, it’s not a docu-drama. His direction is thoughtful and focused and never goes off-track. Besides, the writer (Again Shaan) opens the cards gradually and the high point is the interval. Post-interval, the film throws one surprise after another and it reaches its crescendo in the concluding stages, with the climax making a solid impression.

As for the performances, Shaan looks the part! Clutching the thriller with his dynamic presence and performance, Shaan is, without a doubt, the lifeline of this film. He pulls off the part with flamboyance. Also, he brings so much visceral rousing energy to the film, every time he appears on the screen. It’s a flawless performance and it’s an absolute delight watching him get into the groove so magnificently. Kiran Malik excels in her role with elan, flamboyance, and vulnerability.  The legendary Nadeem Baig plays a dynamic role with panache. Nayyar Ejaz is quite endearing. Shafqat Cheema is very good.

Blemishes? Not really, but, yes, the leisurely unfurling of the love story slackens the narrative occasionally. Since the sequences are so cute and the fact that the ones performing them are Shaan and Kiran, one doesn’t mind it.

On the exterior, ZARRAR is a compelling spy thriller. But beneath the entertainment that it offers, it carries a message as well. Loud and clear. If the spectators can see through the coating, great. Even if they don’t, they will yet go back in high spirits. The film has long legs to prolong its splendid run.

Released on November 25, ZARRAR is enjoying a fantastic run at the box office. Book your tickets now