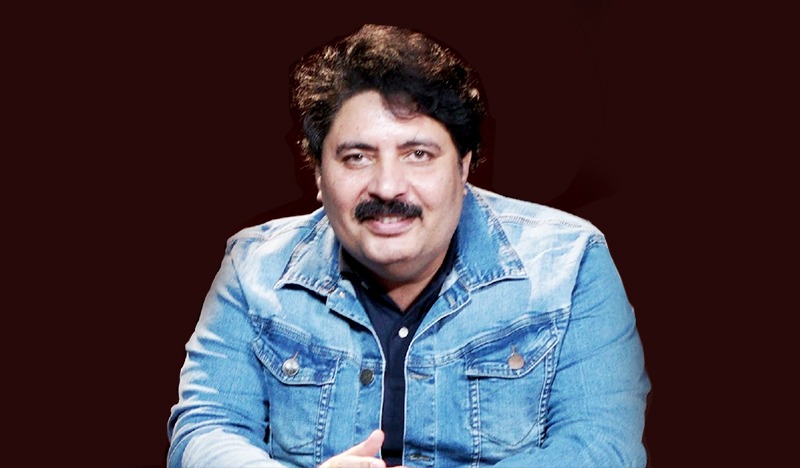 Known for directing popular drama serials like Thakan, Mannat, Deedan, Dushman-e-Jaan and the recent hit Ishq-e-laa, Amin Iqbal harnesses his energy into filmmaking and offersRehbra, a film that looks promising. He shared how exciting his journey has been so far in an exclusive interview with Fashion Times Magazine. The debutant filmmaker aims to create narratives that touches the hearts of audiences.

Now, before starting our conversation, first lets checkout the trailer of Rehbra.

Fashion Times Magazine (FTM): What motivated you to direct a film?

Amin Iqbal (AI): Film is a director’s medium where your skills get tested and you get to know your potential. It’s a medium where ‘App Har Chez Se Azaad Ho Ke’ (Getting the liberty to break shackles) convey your thought process to the audience. I feel the maximum amount of creative freedom an individual gets is when he directs for 70mm.

(FTM): How would you describe Rehbra?

(AI): Rehbra means an inspirational guide. The crux of the film revolves around the notion that until and unless you don’t have an inspiration in life, you can’t move forward. One should find a soul mate to inspire and form a companionship. It’s important to have companionship to govern destiny, otherwise it would be the other way round.

(FTM): You have done the story and screenplay of Rehbra. What inspires you to create characters and screen relationships?

(AI): We had set up a team of different people to discuss the screenplay. To add more depth and understanding we engaged different writers; Shakeel Ahmed Chahuan and Asad Ali Shah were my co-writers. After writing a particular situation, we used to discuss every angle related to it. Since I had conceived the story of Rehbra a few years back.At that time the required resources and characterization couldn’t materialize. Slowly and steadily, I feel jubilant that things aligned exactly the way I had imagined and we made Rehbra.

(FTM): How does the discipline of telling a story on TV help in directing a feature film?

(AI): The demeanor required for cinema and TV is entirely different. But yes, TV helped me in a way that I got to prepare my actors regarding storytelling. It also gave me the experience of handling the moods of the actors and extracting the maximum out of them. Also, I feel I was fortunate enough that Ahsan and Ayesha weren’t new to films, so their experience was an added advantage. Rehbra is a very different film in terms of its treatment. Ninety-nine percent of the film is shot outdoor. Yes! You read it right. There were a lot of challenges and if your actors are not prepared for the hardships, environment, light shifts, and climate change, it would not be possible to achieve the desired result.

(FTM): The film faced many delays and then Covid happened. But you still managed to complete the film. Tell us about the shooting process?

(AI): Film is a medium where you narrate a story with lesser screen time. For instance, if a TV drama has 800 scenes, a film is based on around 70 to 75 scenes. The dynamics are different, I feel the timeline of a film allows you to revise your work. Let’s say,a film is scheduled to release within six months. No matter how much effort you put in the preproduction work. Things, at times, get outdated and with time you learn and retrospect accordingly. So, the time-lapse that occurred due to COVID-19 helped me to polish my skills personally and professionally.

(FTM): What made you cast Ahsan Khan and Ayesha Omar as the main leads. Tell us your experience of working with them?

(AI): Ahsan and Ayesha were the first names that came to my mind. Ahsan has been in the industry for a long time and has performed a variety of roles. But the industry didn’t churn out Ayesha’s talent to the fullest. The audience isn’t aware of her range. I felt that the challenge to play bubbly would inspire Ayesha. After watching the film on the editing table, I can foresee my vision getting successful already, because Ayesha has outdone herself in Rehbra. The film will surely be a game-changer for her. Also, the presence of veteran actor Ghulam Mohiuddin adds great value. But Sohail Sameer is the surprise package of Rehbra. Due to his look in the film, he had to sacrifice a lot on the professional front. You’ll get to know once you watch it.

(FTM): Which scene from the film is your favorite?

(AI): Well, there are many, I can’t name anyone. Technically, the film is based on shots, not scenes. There are times when you plan a shot keeping specific things in mind but due to the lack of infrastructure and skilled force, one has to compromise. I would say there were certain shots we had conceived, werecaptured timely and turned out to be great.

(FTM): Do you believe foreign films hamper the business of local releases? If yes, what measures should be taken to increase more footfalls for our local films?

(AI): There’s a rule all around the world that foreign films aren’t allowed to screen during festive occasions. For Instance, a few years back, Bollywood star Amitabh Bachchan took to Twitter and raised his valid concern on Hollywood’s Spiderman clashing with local films. He started a debate and eventually Spiderman’s release was pushed ahead. Having said that, one can’t deny the state of cinema in Pakistan, so it is also important that international films should be out on display. As of now, the local films being released are those that were made before COVID-19. We need to develop a proper infrastructure to sustain. From now on, I hope things would get better and we would be able to solve such issues and flourish cinema in Pakatan.

(FTM): Give us three compelling reasons to watch Rehbra.

(AI): Firstly, Rehbra is a film made with all my heart, hard work, and sheer dedication. Secondly, the music of the film is melodious and grows on you. Thirdly the film will have a huge impact on the audience and will stay with them even after they leave the theater.

Lastly, we asked Amin about his future endeavors:“I will soon start working on a new drama serial. I am also working on a couple of film scripts with the aim to matchup Pakistani Cinema with international standards.”