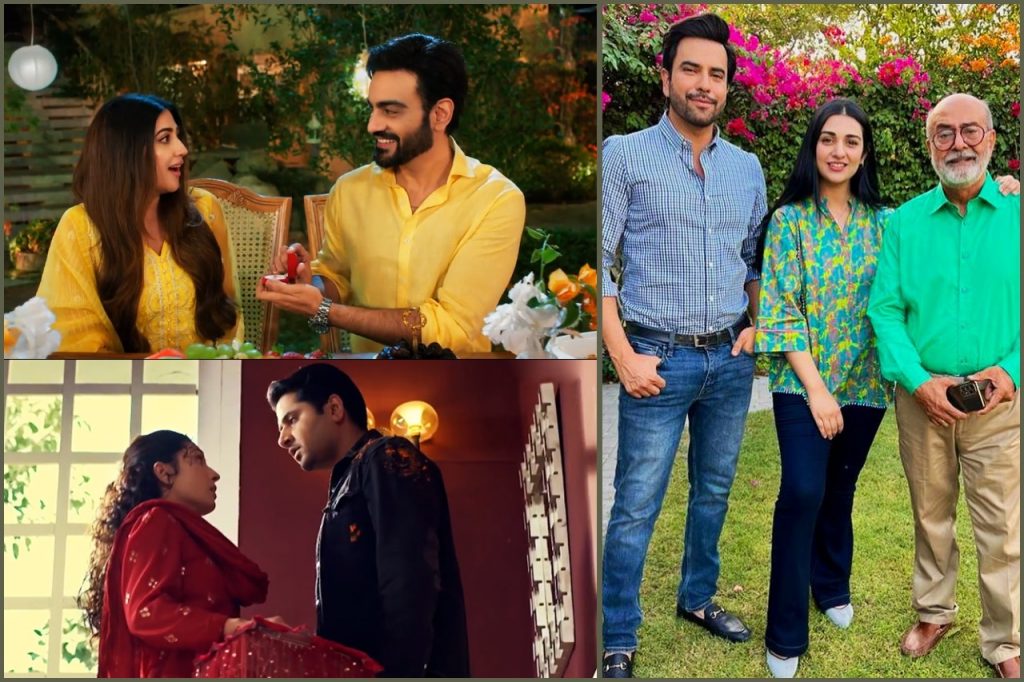 Ramzan special drama serials in Pakistan have seen an upward trend over the years. With Suno Chanda being the first prominent hit Ramadan series, ChupkeChupke andIshq Jalebi followed suit. As Ramadan 2022 is approaching, let’s have a look at the Ramadan special plays to look forward to this year. Read on…

Imran Ashraf and Ayeza Khan are all set to entertain us with this 7th Sky production. The plot revolves around a desi household, wherein (Imran) plays a Punjabi guy Bilal Chaudhry aka Billu who falls in love with Pari (Ayeza) a bubbly girl hailing from a Hyderabadi family. Going by the initial teasers, both the lead actors share a crackling chemistry. The play is written by Saima Akram Chaudhry of Suno Chanda fame. It is directed by Syed Wajahat Hussain. Apart from Imran and Ayeza, the play boasts a stellar cast that includes, Sohail Ahmed, Asma Abbas, Shagufta Ejaz, Irsa Ghazal, Noor-ul-Hassan, Yasir Nawaz, Saniya Shamshad, and Madiha Rizvi.

The most adored pair from last year’s ChupkeChupke, Aymen Saleem, and Arsalan Naseer have teamed up yet again for MominaDuraid’sParistan. The premise of the play depicts a household where young Pernia (Aymen) lives in her world of fantasies filled with beauty. On the other hand, Arsam (Arsalan) leads a perfect life but is drowned in his own fair of problems. Written by Samra Bukhari and directed by Ali Hassan,Paristan offers interesting characters like Mooroo and Mira Sethi will reprise their roles of Zubaida and Amanullah from their popular YouTube videos.  We will also see fresh faces like Junaid Jamshed Niazi and Merub Ali as well. The other cast members include Javaria Saud, Navin Waqar, Asad Siddiqui, and Ali Safina.

The list wouldn’t be complete without the magnificent director Danish Nawaz. The ingenious writer & director duo of ChupkeChupke Saima Akram Chaudhry and Nawaz are back with Hum Tum. The play is a gen-z rendition of a hate-to-love story featuring a stellar leading cast of Ahad Raza Mir, Ramsha Khan, Sarah Khan, and Junaid Khan. It’s modern, humorous hate to love story between youngsters. Will they be able to put their contradicting likes and dislikes aside for each other’s sake and develop chemistry of their own? For that, we will have to watch Hum Tumfind out!

Which Ramadan play will you will be watching? Let us know in the comment section