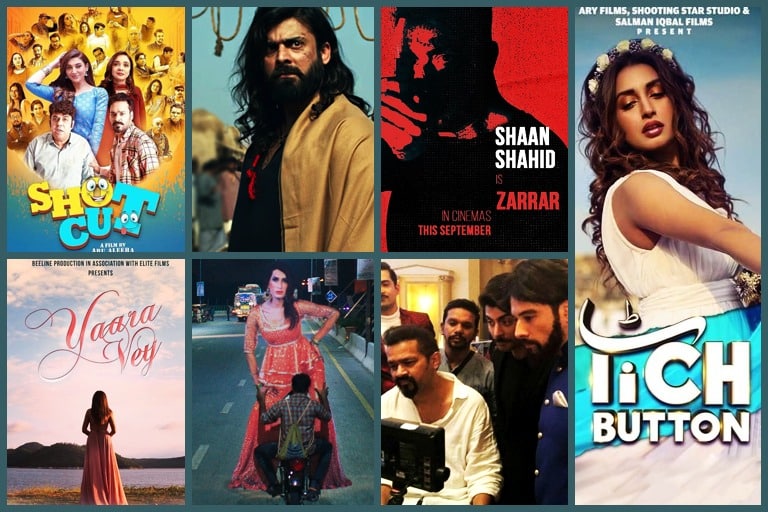 Films have remained a constant in all our lives over the years, even more so with OTT making giant strides as a platform in itself. Nothing quite matches the excitement heading to the theater to watch a movie you waited to release for ages. For all the film buffs out there, we at Fashion Times Magazine have exactly what you were waiting for?A list of all the local movies that will release in the second half of 2022. Read on…

Zarrar is the comeback vehicle of superstar Shaan Shahid. The actor has donned various hats of having writing, acting, and directing the film. Zarrar is the journey of Shaan as the protagonist, with Nadeem Baig, Adnan Butt, Nayyar Ejaz, and Kiran Malik on board. The film is scheduled to release in September 2022.

Loaded with laughter, the Punjabi comedy is all about fun with a Punjabi tarka on it. The film is written and directed by Abu Aleeha and produced by Javed Ahmed Kakepoto Faheem Samejo, and Sufi Hashim Bin Harris under the banner of KK Films Production. It boasts a stellar cast of Mirza Gohar Rasheed, Juggan Kazim, Sana Fakhar, Naseem Vicky, Ahmed Hassan Marhoom Ahmed Bilal, Nawaz Anjum, Honey Albela, and debutant Alia Khan. September 2, 2022, save the date.

The director Saim Saddiq recently revealed in an interview with (Propergaanda) that Joyland is a film made for the Pakistani audience and will release in winter 2022. For the unversed, Joyland became the first Pakistani film to be screened at the Cannes Film Festival 2022. It narrates the daring portrait of a transgender dancer in the country. The film also won the Jury Prize in the Un Certain Regard segment.

Sami Khan is on a roll, basking in the success of his recent hit Lafangey, the actor is all set to mesmerize the audience with Yaraa vey. The makers dropped the trailer of the film earlier this month. The plot hints at a love triangle between Sania, Armaan and Samir. Directed by Manish Pawar, and produced by Beeline Productions, the cast includes also Nasser, Faizan Khwaja, Jawed Shaikh, Marina Khan and Ali Sikander. Shot in Dubai and shot in Thailand, the film will release on September 16, 2022. 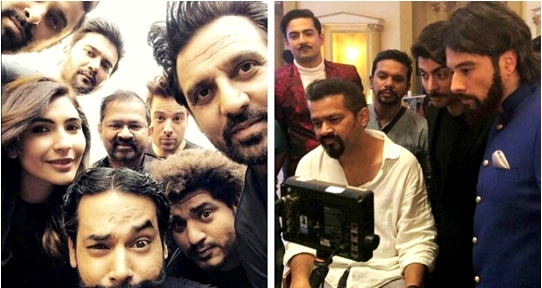 The Legend of Maula Jatt

After several delays and legal hurdles, Bilal Lashari’s The Legend of Maula Jatt finally has a release date. Film trade analyst Ali Zain has reported that the movies will release on September 30, 2022. However, this is just his ‘educated guess’. An official announcement is yet to be made. The film features Fawad Khan, Mahira Khan, Humaima Malick, Hamza Ali Abbasi and Gohar Rasheed in key roles while it also has Ali Azmat, Shafqat Cheema and Nayyer Ejaz in the cast.

After a delay of two years, Tich Button featuring Farhan Saeed, Iman Ali, Sonya Hussyn and Feroze Khan will be released on October 28th, 2022. The film promises action, romance, music, and dances in abundance. It is produced by Urwa Hocane and Muhammad Jerjees Seja under the auspices of ARY Films, Salman Iqbal Films, and Shooting Star Studio and is directed by Qasim Ali Mureed.

Which film are you looking forward to? Comment below.