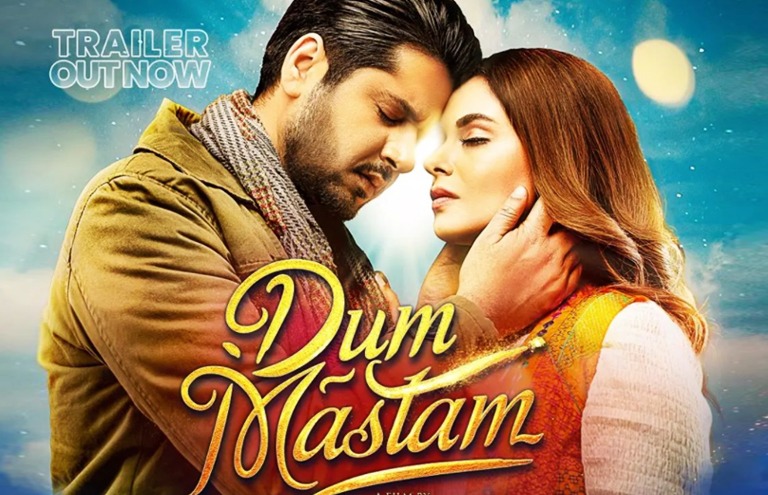 Finally, the much-awaited trailer of Imran Ashraf and Amar Khan’s debut film ‘Dum Mastam’ surfaced on the internet. As soon as the trailer was dropped, viewers and fans went gaga over their crackling onscreen chemistry.

Trust Ehteshamuddin (director) to always bring something new to the table and he does that this time too. The trailer opens with Maskhari Jori Number 1 Bao (Imran Ashraf) hoping to make it big as a singer and Aliya (Amar Khan) who loves to dance. The plot is set in the walled city of Lahore, being neighbours or friends, Bao leaves no stone unturned to impress Aliya. The latter is more focused on her career and eventually makes it big as an international dancing sensation. How they realize a lot of things during their journeys forms the rest of the film.

Ehteshamuddin’s ‘Dum Mastam’ is a theatrical attempt at exploring love, life, music, conflicts, and emotions. As far as the premise goes, the director succeeds in getting us intrigued by it. What starts as a fun trailer further condescends into a journey of achieving their dreams. The soundtrack caught our attention and we can finally expect a long-lasting, qualitative album this year. The background score is engaging, the dialogues are fun, rural, and witty.

What works best in the trailer, is without any doubt the affable chemistry of Imran Ashraf and Amar Khan. But what takes us by surprise is the breathtaking choreography by Nigah Hussain. Amar’s firebrand dance moves are one of the major highlights of the film. ‘Dum Mastam’ ticks all the boxes for a masala-filled mass entertainer but also incorporates deeper human emotions.

Overall, the official trailer of ‘Dum Mastam’ is a breezy watch. Certainly, looking forward to savour the sweetness of the film this Meethi Eid. Produced by Adnan Siddiqui and Akhtar Hasnain (Cereal Entertainment) the film is written by Amar Khan. Distributed by HUM films, ‘Dum Mastam’ will release on Eid ul Fitr 2022.