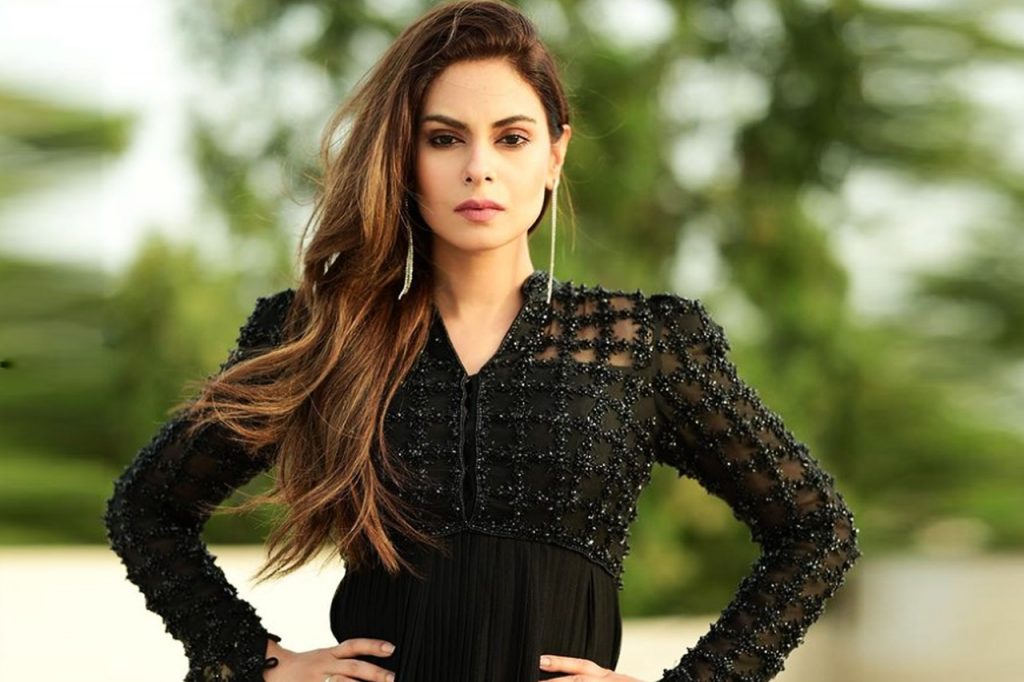 At a young age when a woman film graduate with a dream to make a film shifts from one city to another. And, achieves it within a short period is no mean feat. She’s already a winner. Charismatic, promising, and a hardworking individual, Amar Khan’s debut film Dum Mastam released on Eid-ul-Fitr 2022. The film opened to packed houses across the country. It was surprising to witness 100 % occupancies for a film starring two debutants. Moreover, the strong word of mouth is helping the film mint impressive numbers during the second week.

The film faced competition with four prominent releases, but the leading lady Amar feels “Even big superstars’ films are aligned with the monetary box office results. Nobody has the right formula for a guaranteed success. Highs and lows don’t bother me, it’s the enriching experience that will stay with me forever.”

Soaking in all the adulation of her newly filmi career, Fashion Times Magazine catches up with Amar Khan in a candid chat.

Tell us about your interest in writing

I completed my training as a screenwriter and the film school helped in bringing that required technical expertise. During my O levels, I used to do rhyming of poetry and song lyrics. The germs were always there; one day while attending my creative writing theatre course, one of my teachers pointed out and applauded my work. She found my work visually gripping and advised me to work on it more and more to make it impactful. Since then, I’ve always been writing.

Tell us about the casting process

I first narrated the story of Dum Mastam to M. Ehteshamuudin (director) in a three-hour session. He was the one who thought I had a strong connection with the premise, can easily pull off the language and possess some dancing skills too. So, he selected me, and later he selected Imran Ashraf as well.

Being brought up in Lahore, do you relate to your character Aliya in real life?

Yes! A lot of things and traits come from my observation of the girls around me in androon Lahore. Their audacious nature, fragility, vulnerabilityand the zest for life of being career-oriented to achieve their ambitions. My character Aliya and her exuberance, and ethereal demeanor come from what I have observed in all these girls over the years. Not to forget there’s a lot of me in Aliya as well (chuckles).

For the record, it is for the first time that audiences have witnessed a heroine performing various forms of dance like a wedding number, ballroom contemporary dance, aerial act and a fantastic exotic location track.No other Pakistani actress has done this before. I am glad that whoever has liked me and Imran on the small screen are showering us with their love and support on the big screen too.

How was it working Imran Ashraf? Any memorable shooting experience you would want to share?

Imran Ashraf is a ball of energy, a firecracker, someone who is so fun to be around. Having said that, he is overtly passionate and diligent about his craft. That’s a trait that I possess and resonates with. I feel when two passionate people unite, the hard work and dedication shows up in the final product.

The film is based on music and dance. How was it matching up steps with Nigah Hussain? Was he a tough taskmaster?

Yes! He is a tough master with whom he has high hopes. He doesn’t let them go away easily. Nigah Ji comes from an experience of almost five hundred Lollywood films that no other Pakistani choreographer has achieved. His lineage and variety of work are amazing and that is why all the leading ladies of the country be it Mahira Khan, Mehwish Hayat or Saba Qamar are in awe of him and consider him their guru. Nighaj ji was an immense support system, a dearest teacher, and a darling friend throughout the making of Dum Mastam.

Concluding our conversation, we asked Amar that audiences should watch Dum Mastam because…“It’s fearless, organic, and believable. It’s a story about two individuals on two different scales, hitting two different notes, and going on greater octaves to eventually create harmony. The audience will explore the unlayered themes and get a lot out of it like romance, drama, music and so much more. There’s an angle of how virality plays it role. How destiny works, at times when people bring you down, you may get up but, it’s the density who can make a towering talent into dust and a nobody can become huge. I am sure that people will get to see a believing, arresting, and honest love story.”

Dum Mastam is showing in cinemas all across Pakistan. The film will premier in London on May 13 (City Pavilion, Romford) and May 15 in Birmingham (Piccadilly Banqueting).