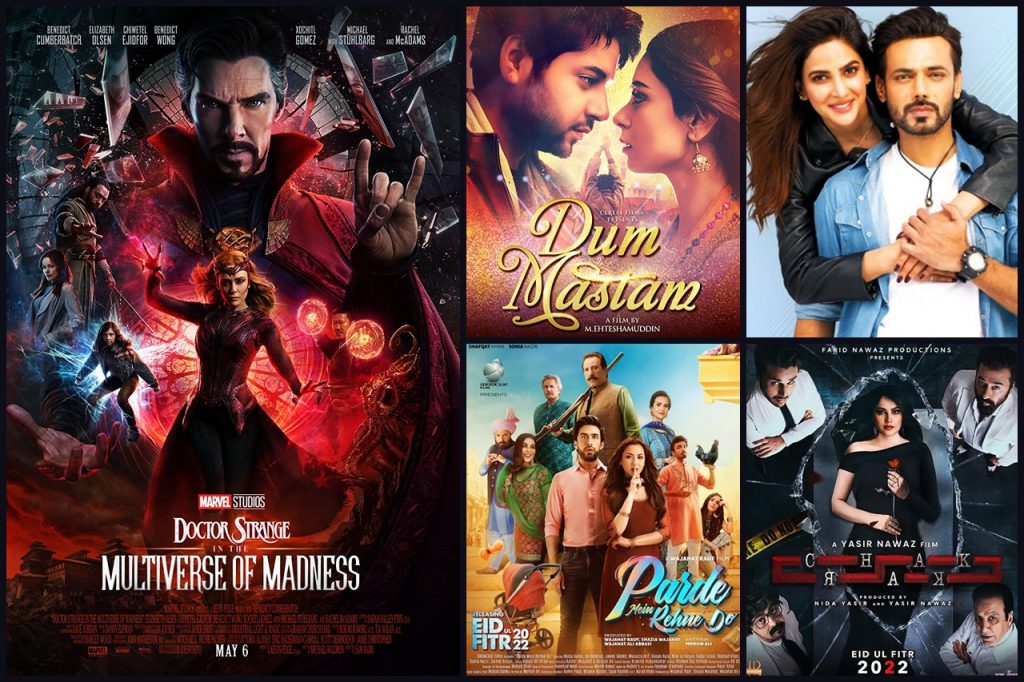 Ever since the arrival of Doctor Strange was announced globally on 6th May, there were reports that it may get delayed for a week in Pakistan. Why? Because local films Dum Mastam, Parde Mein Rehnay Do, GhabranaNahiHaiandChakkar were releasing after a gap of two years. Things however didn’t go the way Pakistani filmmakers would have wanted, Doctor Strange in the Multiverse of Madness arrived in cinemas as per schedule that eventually created a huge controversy.

It was sad to see that despite cinemas opening after a long hiatus and local films performing well at the ticket windows. What made the cinema owners allot more 50 % of the screen and in some cinemas even 100% to the foreign film?Why?

Prominent Members of the fraternity gathered at the Arts Council Karachi (May 7) for a press conference to create awareness that how deadly this can turn out to be for local producers to survive in the business. The press conference was attended by Adnan Siddique, Yasir Nawaz, NidaYasir, Javed Sheikh, WajahatRauf, Hasan Zia and ShaziaWajahat.

Doctor Strange minted huge numbers at the box office as the Marvel flick was accommodated with the maximum number of shows by removing the slots of the local releases. In three days (Friday to Sunday) the film earned 7 crores, more than any of the Eid releases did the entire week.

Celebrities from the industry like, Hareem Farooq, Ali Rehman, Amar Khan, ArsalanNaseer, DananeerMobeen and others took a stand against the release of foreign films.

Dum Mustam actress Amar Khan shared a video and captioned it, “Pakistan wants its audience more than ever before. Also, the industry [needs] not to be quiet anymore and be[come] one unit,”

Director of Pardey Mein Rehney Do, WajahatRauf, posted a news snippet that requested authorities to intervene in the matter for the survival of the industry.

Producer and Actor Adnan Siddique tweeted, “The last thing we need when the industry is finally opening up after two years is some foreign film hijacking our screens and relegating us to a corner. Home grown cinema has more right any day.”

Actress Hareem Farooq questioned, “Putting up a foreign film when there are five good Pak[istani] films going houseful, WHY?

To sum it up, there’s a section of people who believe that they should have the liberty to watch whatever they want. Be it Doctor Strange of the local films. Having said that, the partial behavior towards Doctor Strange is evident. Cutting down shows that were running to full occupancies, and making room for the marvel series comes across as highly STRANGE. What do you think of the entire scenario? Let us know in the comments.