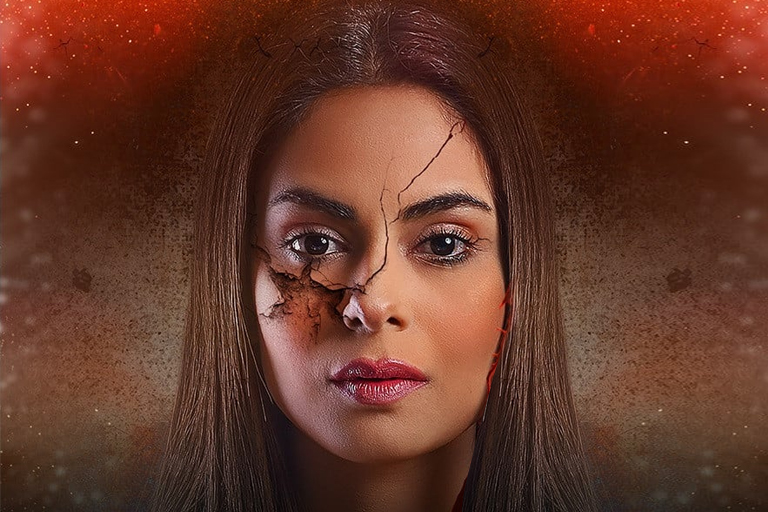 Within a short period, Amar Khan has established an impressive array of dramas under her hat. She choose characters that had a complete story arc and allowed her to delve deeper into her reservoir of talents. Whether it was Belapur Ki Dayan, Ghughi, Dil-e-Gumshuda, or Qayamat, Khan raised the bar every single time with her restrained acting style.

Of late the actor doesn’t seem to be making the right choices. Her last project Baddua was a forgettable venture that did nothing to her progress. And so far her act in the ongoing Darrar has nothing new and substantial to offer.

Darrar opened on an average note but it was interesting to see Irha (Amar Khan) as an individual with strong family values. She was juggling between work and household chores. The meeting room sequence in the initial episode deserves a special mention, where Irha yells at the owner of the company who keeps her waiting for hours.

Irha got married to Shaheer (Syed Jibran) in episode 12 and till the recent episode 24, her character is losing its ground. All we see is Irha wearing designer clothes, good makeup with blow-dried hair and mouthing dialogues like ‘Ajj Dado jo Khaye Gi, Mein Bhi Wohi Khao Gi, OR ‘Shaheer Mein App Ka Kab Se Wait Kar Rahi Thi’ etc. Let’s assume that all of the above is fine to some extent, but sadly her character arch is going downhill. Adding more to the horror are some directional loopholes, the obvious being her and Dado’s bedroom. Despite the doctor’s recommendation to bed rest, both Irha and Dado are bumping into each other’s bedroom. Why?

Irha is well aware of the cunning acts of her chachi and Sajal (Momal Sheikh). Even the servants of the house have a clear idea of Shaheer’s closeness to Sajal, then how is Irha being ignorant? Every situation can’t be a co-incidence and here the problem starts. According to the viewer’s perspective, Irha comes across as a regressive bechari, who willingly or unwillingly isn’t addressing the elephant in the room.

Amar Khan has set the bar so high that viewers and her fans cannot imagine her to be mediocre. This week’s episodes 25 & 26 will be a litmus test for Irha, whether she chooses to remain silent or take a stand. We are hoping to see lots of fireworks, especially Amar Khan to rise and shine.