Daraar Finale: Another Misfire From The House of 7th Sky Entertainment 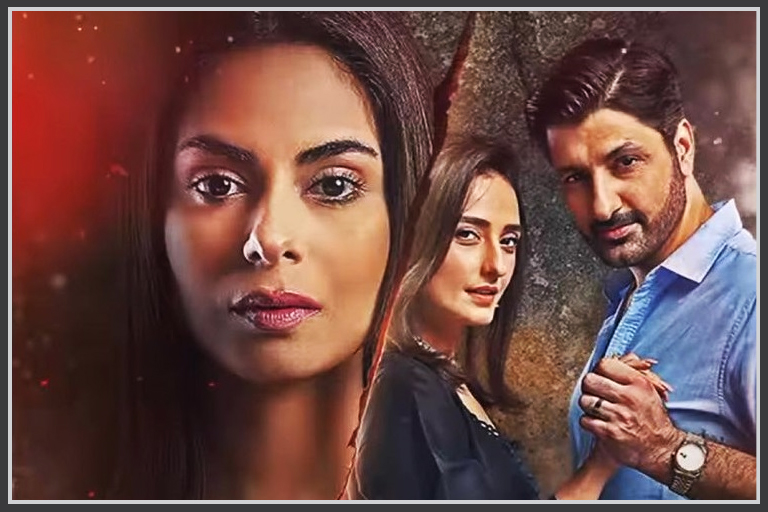 If there was an award for one of the most bizarre dramas of recent times that had lengthy episode recaps, extensive flashbacks and soundtrack montages to push the narrative forward, Darrar would surely win hands down.

Director Shehrazade Sheikh had everything going in his favor: The country’s Numero Uno production house to back him (7th Sky Entertainment), good actors like Amar Khan and Syed Jibran and the best of resources at his disposal  Unfortnately after watching DARRAR, you can’t help but feel sorry that  Shehrazade let go of a golden opportunity.

The hallmark of 7th Sky Entertainment has been, most of the time, its solid content. But all that DARRAR had to offer was a copied premise of Bollywood’s classic Aakhir Kyun, with a pointless end. So what went wrong? Let’s discuss…

The script by writer Misbah Nosheen was so tacky and so poor that you wonder did she had any clue about what drama writing is all about. Or, perhaps, Misbah took the audience for granted. Viewers were rooting to watch Sajal getting punished for her evil deeds. How come so easily she left Shaheer Ahmed (Syed Jibran) for Sultan Khan (Hassan Ahmed) and left the country within a wink of an eye? Disgusting.

Amar Khan’s (Irha) too was also written halfheartedly, on one hand, she is an empowered woman who prefers her self-respect over her husband’s adultery. Once she took divorce, why did she turn into a damsel in distress? Thankfully, there were some interesting moments. Apart from Irha making herself financially stable, the co-parenting angle of their daughter Fatima was a progressive move.

It was disheartening to see a good actor like Amar Khan let down by a bad script. She did charmed the viewers with her incredible acting prowess but that was not enough to save the sinking ship. Syed Jibran too was on point as the philanderer. Momal Sheikh’s ‘Sajal’ was a key role but the actress was strictly okay in an important role. She seriously needs to take acting classes.

Knowing for handling dramas like Dil-e-Momin and Muqaddar director Shehrazade Sheikh wasn’t in complete form this time. DARRAR was riddled with clichés and flaws that didn’t make the desired impact, thanks to the poor script. DARRAR is another misfire from the house of 7th Sky Entertainment.