‘Chauraha’ Review: A Thrilling Narrative Backed up by Strong Performances 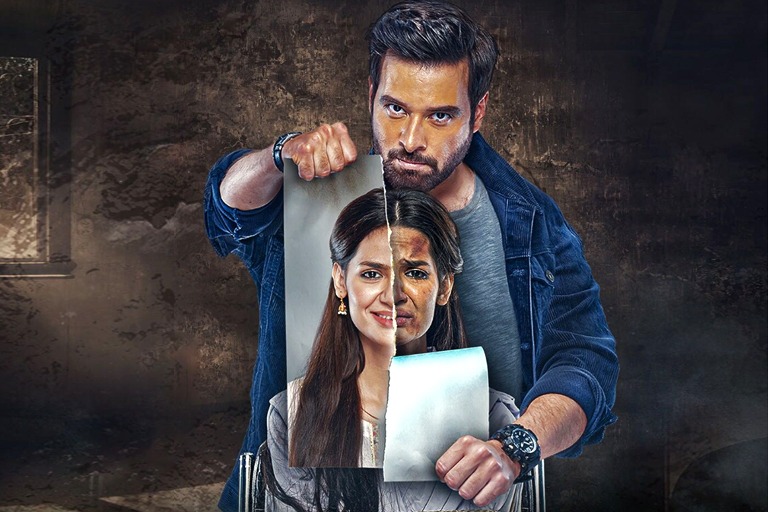 ‘Chauraha’, one of the most awaited dramas of GEO entertainment, aired this week. The play is written by Edison Idrees Masih, directed by Aehsun Talish, and produced by & 7th Sky Entertainment. The show boosts a stellar cast of Mikaal Zulfiqar, Madiha Imam, Saba Hameed, Bushra Ansari, Asad Siddique, and Behroze Sabzwari.

The plot of Chauraha has two parallel tracks. On one hand, Zoya (Madiha Imam) a simple and sincere girl lives with her mother Shireen (Saba Hameed), and aunt (Bushra Ansari). Shireen works in a factory and makes sure that her daughter getseducated in the best college.

Zoya’s lower-middle-class background is her biggest problem. She hesitates in front of her classmates as she doesn’t match up with their status. Adding more to the horror is that she doesn’t even have a smartphone. She gets happy when her neighbor (Asad Siddique) offers to drop her to college in his uncle’s big car. In short, luxuries excite her big time.

On the other hand, the story introduces us to Junaid (Mikaal Zulfiqar). His father played by Behroze Sabzwari works as a factory manager where Shireen is also an employee. We didn’t get much to see of Junaid, but it seems that his character is quite shady. To get Zoya a smartphone, Shireen comes to Behroze’s house to seek financial help.

The cast comprises great actors, therefore, each performance in Chauraha is worth praising. Starting with Mikaal Zulfiqar, he looks good with his short yet impactful appearance as Junaid. His performance, in terms of his appearance and body language, is highly gripping. Madiha Imam nails the character of Zoya, she is back with another meaty role that will surely have a lot to offer. Saba Hameed is highly convincing. Behroze Sabzari is first rate. Veteran Bushra Ansari performs effortlessly.

Aehsun Talish never takes his viewers for granted. A project directed by him has something special that brings in the sky rocketing TRPs. In Chauraha, he takes his time to flourish his characters and keeps the pacing just right so that there’s never a dull moment. Also, he makes sure that the camera resolution, picture quality, and editing is done aptly.

Without a doubt, Chauraha is off to a good start. The first episode manages to establish the narrative and characters wonderfully. Well, the big surprise is yet to be revealed, we hope that the upcoming episodes will surely hook the viewers.