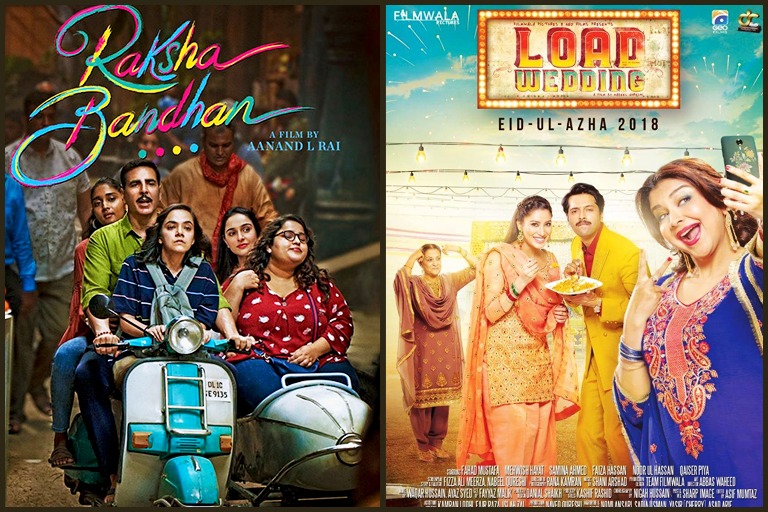 The popularity of the entertainment industry in Pakistan is global. Not just people love to watch our content but many at times plagiarize it too. Talking of plagiarism, the first thing that comes to mind is arch-rival India. Bollywood time and again has not just copied Pakistani content but hasn’t been apologetic about it. The recent victim of plagiarism is director Nabeel Qureshi’s film Load Wedding. The plot of the film has been copied in Akshay Kumar’s film Raksha Bandhan.

On Tuesday, the makers and lead actors Akshay Kumar and Bhumi Pednekar took to Instagram and shared the official trailer of Raksha Bandhan. What came across as shocking is the premise that is heavily borrowed from Load wedding.

The History of Plagiarism With Nabeel Qureshi’s Craft

This isn’t the first time that Nabeel’s work has been copied. There have been many instances in the past that raised many eyebrows due to the blatant copy-paste.

The Shahid Kapoor starrer showed him in a similar avatar to that of Fahad Mustafa in Actor in Law. Much like how Mustafa plays a lawyer in the film, Kapoor does the same in Batti Gul Meter Chalu after escalating electricity bills kill his friend.

The Load Wedding song was composed by Shani Arshad and crooned by Azhar Abbas. The melody was fairly different but the imagery was an exact copy of ‘Kooch Na Karin.’

The song directed by Nabeel Qureshi and sung by Shani Arshad was frame-by-frame copied by Indian singer Brham Darya in his song ‘Mood Happy’.

It’s shocking to see that Bollywood being a huge industry is running short of content. We feel it’s high time they should focus more on creating something original rather than stealing Pakistani content.