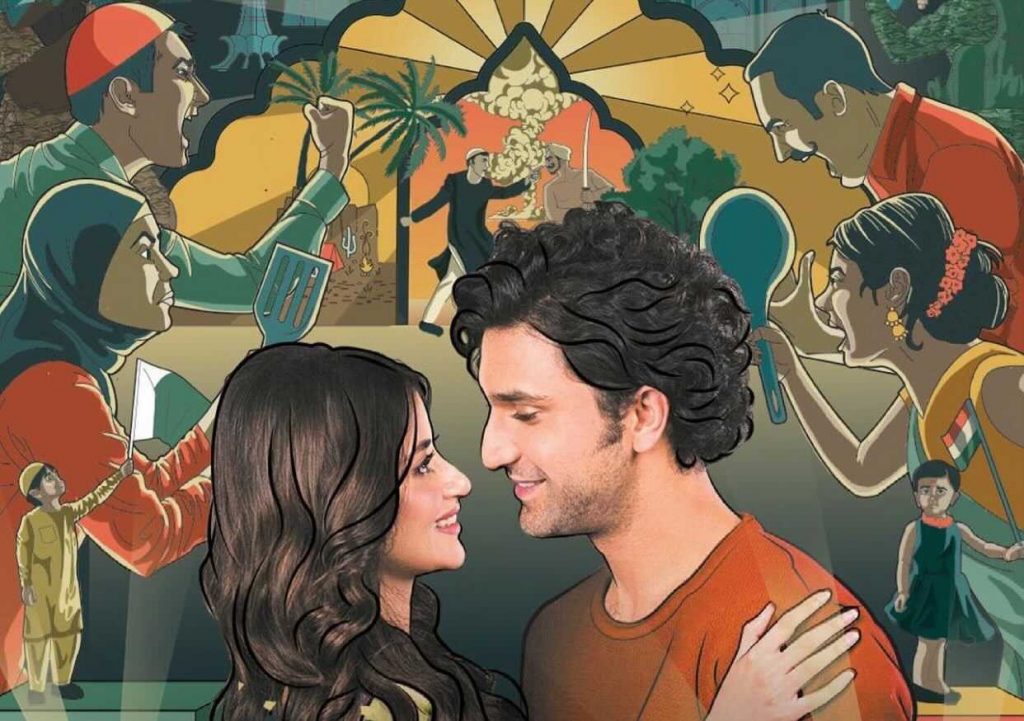 Ever since the trailer of the web series ‘Dhoop Ki Deewar’ was released there were various reasons to be excited about. Firstly, Sajal and Ahad reunite to create sheer magic on screen. Secondly, the director Haseeb Hassan has solid credibility with super hit projects like Alif, Mann Maal, Dayar-e-Dil and Bol Meri Machlee. Thirdly the ensemble cast and a patriotic plot gave us all kinds of feels.

Out of the blue, the much-hyped cross-border love story is now facing calls for a ban on social media using #BanDhoopKiDeewar. Netizens are criticizing its storyline especially when the situation in Kashmir is tense for the last 2 years. They feel it projects a negative image of Pakistan including the disrespect and betrayal of the two-nation theory.

Check out the tweets that boycott the Indo Pak web series

How could we allow to telecast such non sense serial when we are witnessing about 2 years of curfew in Kashmir? Writer of this serial as well as whole cast should be ashamed who seems to be supporting brutality of Indian forces in IOK. #BanDhoopKiDeewar pic.twitter.com/gGM3jzA8OY

No one has the right to sell the blood of thousands of martyrs and lives of millions of Kashmiris. Each and every human on this earth has the right of freedom, life and plebiscite. #BanDhoopKiDeewar

We never had and we never will be together, India and Pakistan are two different nationalities. #Kashmir #Kashmirilivesmatter#BanDhoopKiDeewar pic.twitter.com/J5kppHG7o2

Online hyperpatriots having a meltdown over Pakistani webseries Dhoop ki Deewar on ZEE5. Now they want the series banned. It’s an India-Pakistan love story set in the backdrop of political conflict. pic.twitter.com/PWAHiX2CCH

Kashmir is bleeding and what we are doing? Making these filthy dramas for the sake of PR. One needs to ask @fawadchaudhry
that “Is blood of Kashmir’s that cheap?”. This has happened many times that muslim girl is falling for Hindus and we are enjoying it. Poor.#BanDhoopKiDeewar

It wasn’t romanticism and emotions which brought peace. History itself reveals that emotions and love are the different invisible sides of the war. It is the war that brings peace, as revealed by history.#BanDhoopKiDeewar

Aman Ka Tamasha failed the first time and it will fail the second time too. but it will run long enough for many to make a quick buck off of it.

You can not build peace on blood, occupation & ethnic cleansing. #DhoopKiDeewar

The point here is who has given social media the authority to say anything to hamper a project? Do these people even realize that how much hard work goes into making a big project like Dhoop Ki Deewar? They should watch the series first before passing out any judgment.

We feel it’s high time that the social media authorities should put a check and balance to this. There should be an end; these platforms aren’t a battlefield to spread hate. We hope Dhoop ki Deewar releases on its original date i.e. 25th June 2021 and win hearts all across.