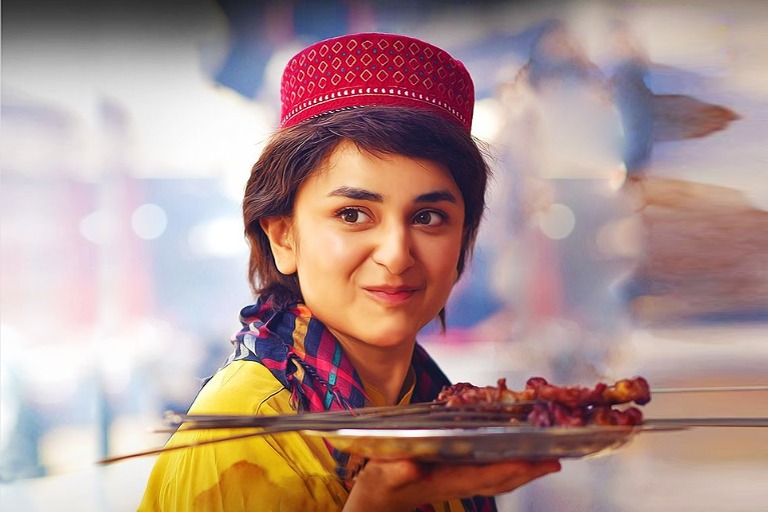 For decades, Pakistani dramas have been a mirror reflecting the times and scenarios of each era. It’s good to see that actresses have graduated from being the ‘Bechari’ to the woman of substance, who takes a stand, fights for her rights, and raises her voice against injustice.

One such actor is Yumna Zaidi who has redefined the term ‘actresses’ with her magnificent acting prowess on par with her male counterparts. Be it Mahajabeen from Pyar Ke Sadqay, Allah Rakhi from Dil Na Umeed Tau Nahi, or Rj Ainy from Parizaad, Yumna is reaching a new height of stardom with each project.

Her upcoming drama serial ‘Bakhtawar’ features her as the protagonist in various avatars.

Check out the poster below.

The makers have kept things under wrap and not much has been revealed about the plot. What we get to see is the journey of a young headstrong girl trying to escape her troubled home, difficulties, and pain and create a better tomorrow for herself. The different avatars of Yumna as the tomboy working for a gang or the innocent girl next door makes us hint at a double role. All of this is making the viewers super excited.

Bakhtawar looks like a full Yumna Zaidi package with heroes playing subservient to her. She seems to be in her element, all set to impress her fans. Bakhtawar will air from 17th July | Sunday | 8:00 PM only on HUM TV.

What did you think about the teasers? Let us know in the comments.