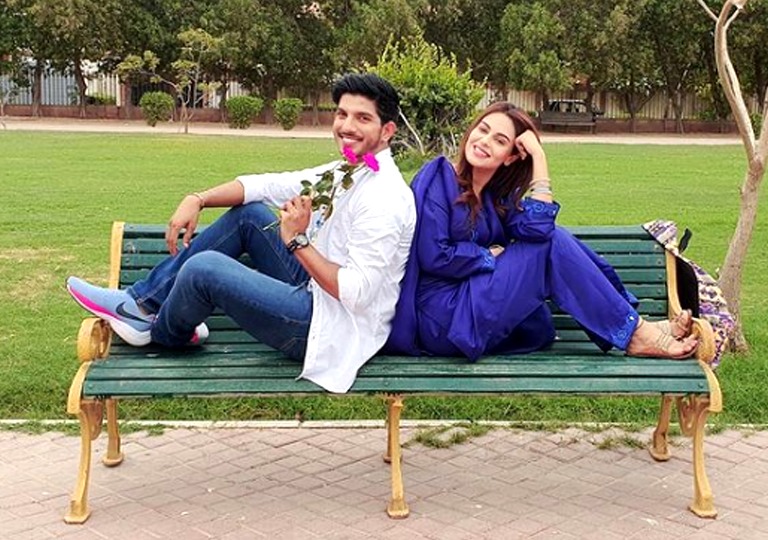 There is something so special about her that whenever she comes on screen, she spellbinds viewers with her intense acting chops. This of course gives sleepless nights to all her contemporaries. Amar Khan has a simple funda, one project per year, and a guaranteed hit. After the back-to-back success of Dil-e-Gumshuda and Qayamat, Khan is on the verge of scoring a hattrick with ARY Digital’s new drama serial Buddua.

So, we at Fashion Times Magazine thought of giving a little ‘Zehmat’ to the star cast to tell us more about the project.

Speaking exclusively to Fashion Times Magazine, Amar Khan said, “Baddua will be exciting because it’s a well-paced premise, high on drama backed up by intriguing characters. I play a well-rounded character ‘Abeer’ who is passionate, romantic, mischievous, and at times rebellious and volatile. The audience will connect to her because she is temperamental and robust, and owns her mistakes. Mind you, she isn’t negative.”

Khan also gave us a sneak peek about the leading man Muneeb Butt’s role, “It’s an equally interesting character, Muneeb is a big-time charmer, playboy, heart breaker, and an affluent guy. It will be fireworks watching the two of us at loggerheads.”

Mohsin Abbas Haider has been in the showbiz world for more than a decade walking multiple paths at the same time. Signing, acting, writing to hosting Mohsin has made a niche for himself with dedication and passion towards his craft. So, what’s his role in Buddua? Let’s find out…

“My character is of a modern guy deeply in love with Abeer (Amar Khan). He is an old school lover who expresses his love by writing letters or keeping flowers in his book etc.,”

Mohsin further added: “; iDreams Entertainment was keen to have me on board; It’s a guest appearance but a strong one. People still have a strong impact on my role in Deewar-e-Shab. I am sure my act in Baddua will be remembered for a long time.”

Baddua is written by Samina Ejaz and directed by Ramish Rizvi. The cast also includes Samina Ahmed, Mehmood Aslam, Shaheen Khan, Salma Hassan, and Maryam Noor amongst others. It premieres today, September 20 with a double episode from 8 to 10 pm only at ARY Digital.