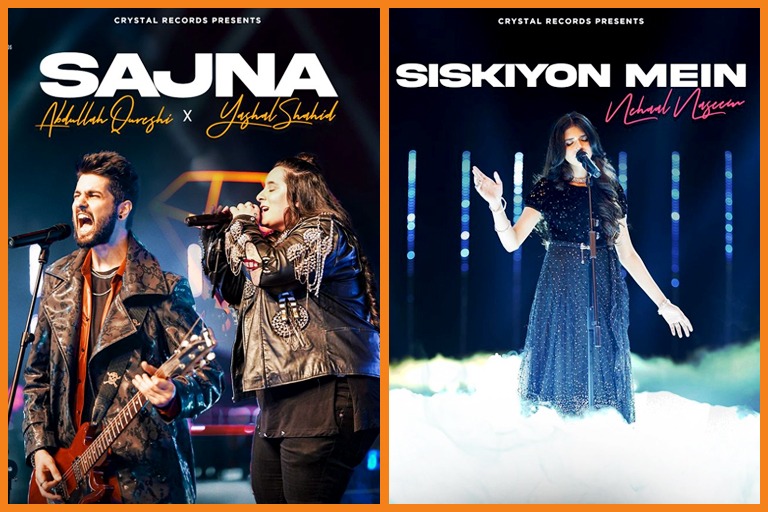 The pandemic changed the world to a great extent. Not just people-focused and sorted things about their personal lives but also polished their professional craft to a great extent. From the broader perspective of music in Pakistan, one notices a musical revolution in the country with talented artists who are evolving their craft to new horizons, taking risks, and keeping things interesting. The music fraternity of Pakistan has reasons to cheer up as Adeel Bashir Baloch has launched one of the biggest record labels in Pakistan along with a music show ‘Crystal Records Live’.

For the unversed, Adeel is the main vocalist pop-rock band KOHI. Back in the days when the world came to a closure (courtesy COVID-19), he conceived the idea of creating a much-needed music record label in the country. He was backed up fully with the support of his team which included Syed Adeel Ali, Sherry Khattak, Sohail Haider, Ahsan Pervaiz Mehdi, and Sheraz Ali.

The Universe of Music

Crystal Records Live dives deep into a wide variety of music forms like classical, folk, pop, rock, traditional, sufi rock, contemporary, hip hop, bhangra and promises to be inclusive of all kinds of tastes and people. With a shift post-pandemic, the concept of concerts has now become a rare thing. Therefore, the TV-based show has led to the birth of some very promising and brings together popular and emerging brands. To name a few, Mustafa Zahid, Uzair and Umair Jaswal, well-known model/actor Omer Shehzad, Soch the Band, Natasha Baig, Abdullah Qureshi, Karakoram band, Kohi Band, Sheraz & Arif, Abid Brohi with Urooj Fatima, Yashal Shahid and many more, the show is backed up by talent unlimited.

Crystal Records Live have roped in artists who stood out with their performances in Coke Studio, Pepsi battle of the bands, and Nescafe. The Crystal Records Live’s producer is Adeel Basheer Baloch and his team includes Adeel Ali, Muhammad Ishaq Nazir, and Sohail Haider. For the unversed, Adeel and Ishaq have been a big reason behind the success of Coke Studio and pop band strings.

Let’s check the lineup of the artists

Crystal Records Live caters to all music lovers and aims to support and flourish the industry. The upcoming episodes will offer a mix of traditional and contemporary genres. So far, five tracks have been released for the listeners to drool over.