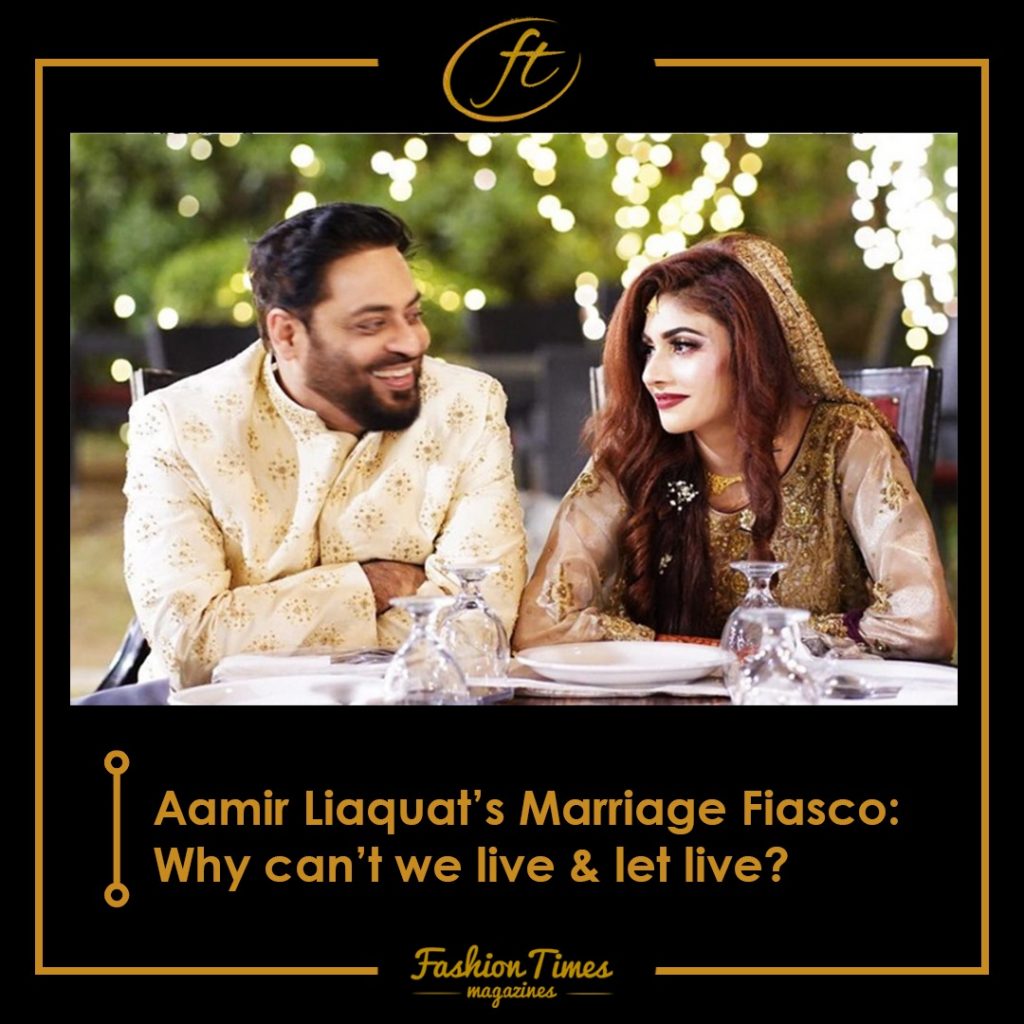 TV show host and PTI MNA Aamir Liaquat has been trending in Pakistan ever since he took to social media and announced his third marriage with Syeda Dania Shah. The news broke within less than 24 hours after her second wife Syeda Tuba Anwar announced her divorce from Liaquat.

Aamir Liaquat, 49, shared the news of his marriage on Instagram. “Last night [I] tied [the] knot with Syeda Dania Shah, 18, ” he said. “She belongs to an honorable Najeeb ut Tarfain ‘Sadaat’ family of Lodhran, South Punjab. [She is] Saraiki, lovely, charming, simple and darling. I would like to request all of my well-wishers [to] please pray for us, I have just passed [through a] dark tunnel, it was a wrong turn.”

Hussain’s latest bride also took to Instagram to announce the marriage. She called the television personality and now husband her “childhood ideal.”

Why did the third marriage become a national issue?

The nation was in shock over the dramatic separation from Anwar. Now, people were speculating what made the anchor complete a marriage hattrick?  It was surprising to see the entire nation react like a pressure cooker. Marriage is a personal thing and Islam allows men to marry more than once. Besides we have other important issues to look forward to rather than making Aamir Liaquat marriage a national issue.

Separation from the second wife

Syeda Tuba parted ways with Liaquat ending their four-year-long marriage. The couple got married in 2018 against the opposition of his first wife Bushra with whom he has two children.

She announced on social media that she had filed for Khula (when the wife uses her right to demand separation) after a rift with Aamir Liaquat. “With a heavy heart, I want to make people aware of a development in my life. My close family and friends are aware that after a separation of 14 months, it was evident that there was no hope for reconciliation in sight and I had to opt to take Khullah from Court,” 28-year-old Tuba said in a statement last night.

It’s high time that we as a nation should start focusing on other important issues rather than poking our nose into others’ personal matters. We at Fashion Times Magazine wish the couple a happy future.